In January 2018 the russian music label ArtBeat Music  launched the release of the second album by the “Lunar Cape” instrumental band  – “Lunar Folk Tales”. The album will contain three versions – instrumental, Russian-language and English-language. Currently we are introducing its first part – the instrumental. 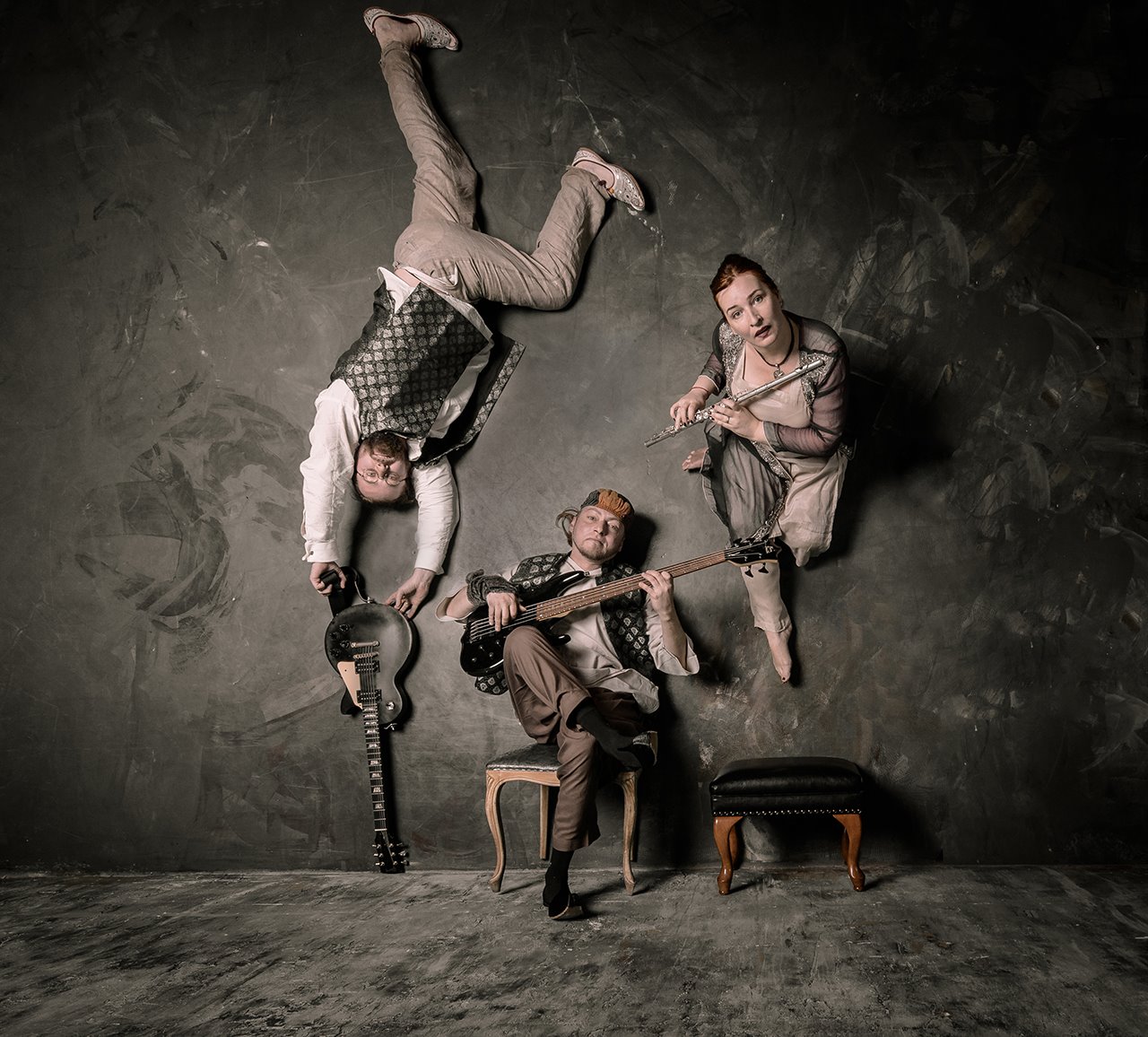 What are the “Lunar Folk Tales”? A combination of instrumental music and fairy tales that were invented and told by the band members. Now we are presenting the first release in the series – sound track to fairy-tales. We are intentionally releasing the instrumental version first. At first, “Tales” were created in the same way – music first, and then the stories. And secondly, we are giving you the freedom to create your own tales and compare them with our version. We wonder what will come out.

Now, about the album. We didn’t make use of anything that can make music popular. Starting with songs – there aren’t any. It said that to write a hit you should repeat a refrain a lot of times. We took the exact opposite course – “Nymph Syrinx amidst the stars” doesn’t contain any parts that are exactly the same. We had no lead vocals, we had practically no drummer and there’s no style that we fit 100% either.

In this album we departed further from progressive rock than in our previous album «Just Lunatics | 2015». We were nominated at the Russian World Music Awards 2016, but despite our ethnic flutes and folk themes the majority of international experts did not recognize World Music in our album. Too folkish for progressive rock, too light for rock, not jazzy enough for jazz fusion and not ethnic enough for ethno. Perhaps we would agree with Leonid Auskern (jazzquad.ru) who identified us as “intelligent popular music” if the word “popularity” had anything to do with us.

Full version of «Lunar Folk Tales» with storytellers is planned for the first half of 2018.

1. History of the Moon

2. Nymph Syrinx amidst the stars

6. Who brought the berries?

8. What the peacock is silent about (Oriental)

We thank the people of the planet Earth for the warm climate and friendly atmosphere!